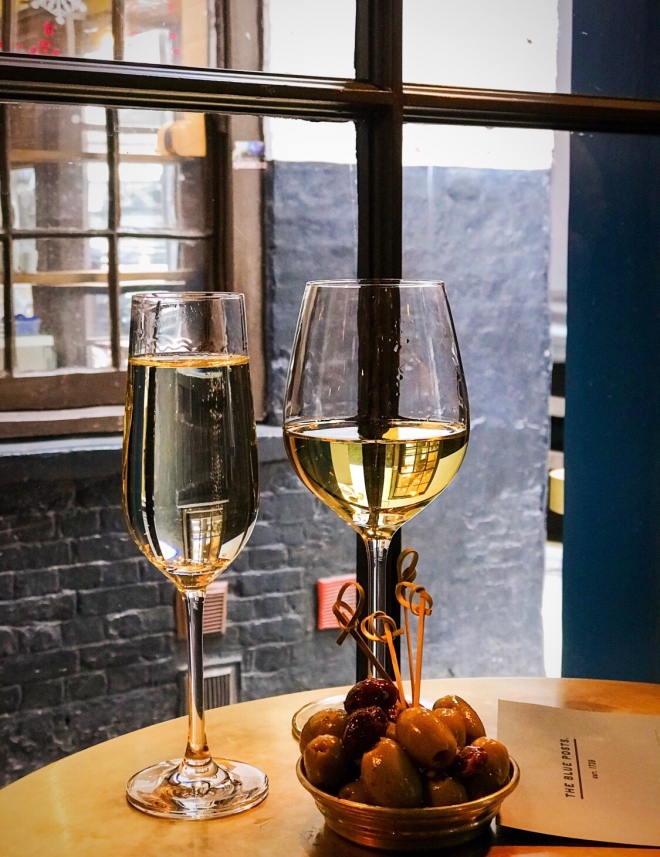 London Reviews: The Blue Posts, a Chinatown Pub Relaunched by the Palomar Team

Public Houses – or pubs as we now know them – have long been a key tenet of British culture, intrinsically embedded in the social fabric of day-to-day living. Their unwavering relevance owes as much to our faithful upholding of long-standing traditions, as to the subtle evolution of these establishments to keep up with the changing tides of our time.

Case-in-point: The Blue Posts, an institution among institutions established in 1739 in the area now making up Chinatown. Over 275 years later, it’s been reopened with a fresh look and new character, helmed by Zoë and Layo Paskin – the good folks behind some of London’s top (and certainly my favourite) restaurants, The Palomar and Barbary…

There are actually three parts to the reopened spot: a pub on the ground floor (The Blue Posts); a cocktail lounge upstairs (The Mulwray); and a yet-to-launch eleven-seater kitchen counter in the basement (Evelyn’s Table). The food across all three spaces is overseen by Nacho Pinilla, the executive chef at The Barbary, with the menu rightly promising good things to eat.

Having visited on two separate occasions now – seeking out cosy cocktails on a chilly evening; and as the first-ever visitor for the lunch service at The Blue Posts – here’s my take on this new bolthole in the West End… 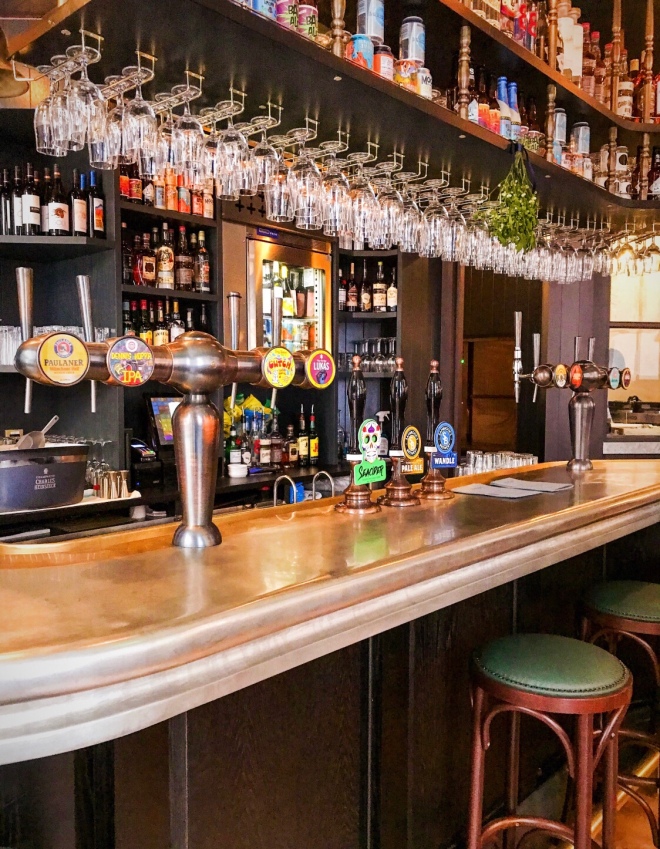 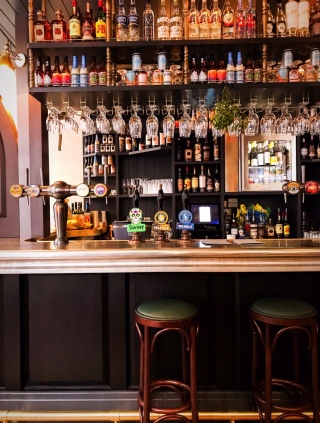 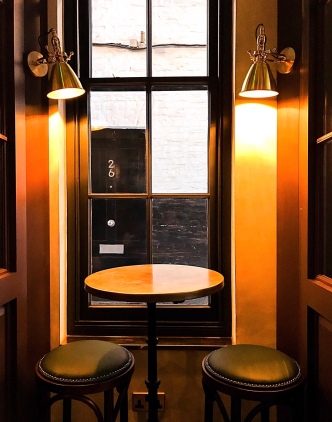 With its leathered bar stools, zinc-topped tables and brass light fixtures, this pub is definitely more stylish than your average boozer  – but no less cosy or welcoming. The focal point is the rather handsome, brushed metal bar which champions a stand-out line-up of independently brewed cask ales, craft beers and ciders – from World’s Best Pale Ale’ winner Sambrook’s Wandle to Mondo Brewing’s Denis Hopp’r,

There’s a strong wine list too, providing early afternoon sharpeners as we test-drive Pinilla’s bar menu. The selection is small but brimming with bold and reckless flavours, as is characteristic of dining at The Palomar and The Barbary.

Deep-fried artichokes are as devilishly-delightful as they sound – crispy yet tender and beautifully enhanced by a creamy hazelnut sauce. I snaffle the lion’s share, as my lunch companion Yasmin tucks into rabbit rilletes. While I might be vegetarian, I’m as epicurious as the next person about what this pâté-esque dish is like. Smoky, well-seasoned and uncannily similar in texture to pheasant, apparently.

We also share a mac and cheese, the finest I’ve had in recent times actually. It’s been skilfully baked until the top is a glorious golden-brown, revealing a thrillingly skewed ratio of cheese to carbs. That convincing combination is just as compelling in an Ogleshield cheese and onion toastie, its mellow notes enhanced with that right dash of mustard. 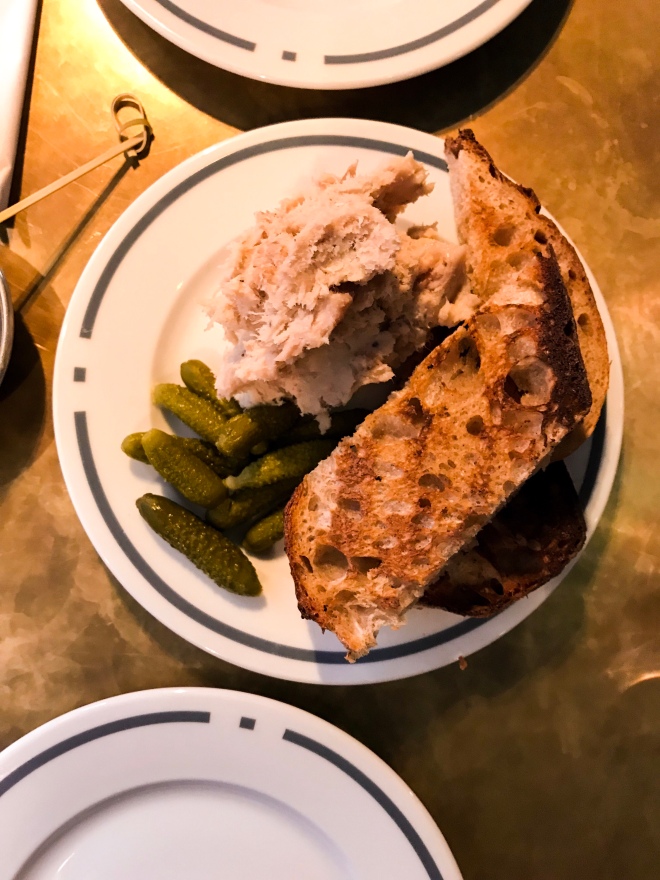 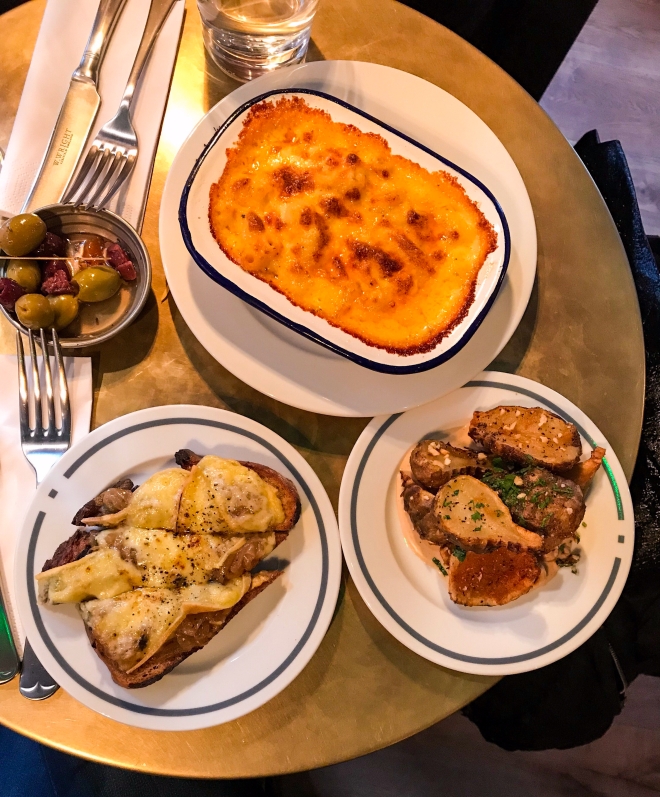 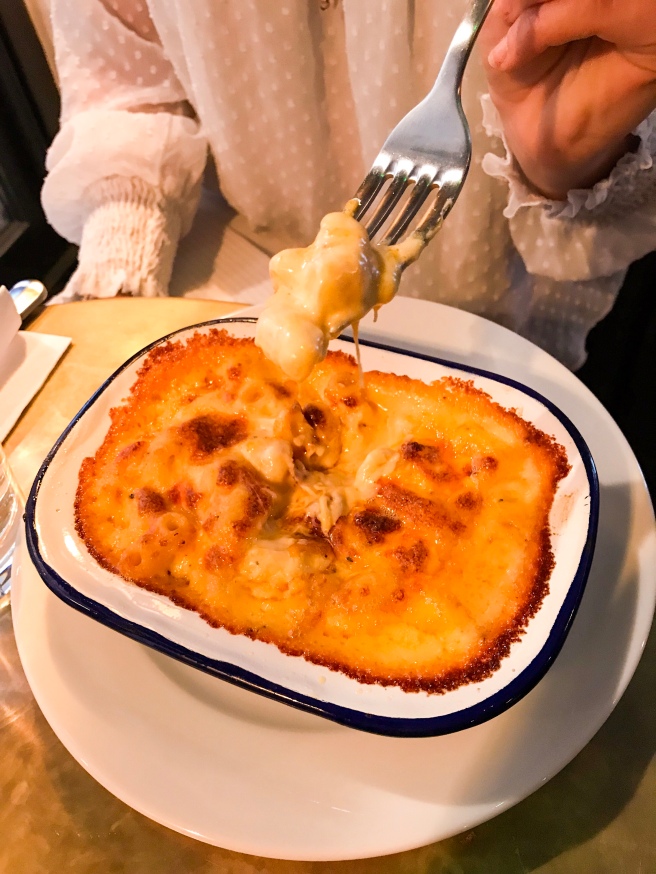 Sadly, this all that even our insatiable appetites can inhale for now. But in case you’re wondering, the menu also includes the likes of fried Brussel sprouts (with lots of sesame, as we’d expect at The Barbary!); guinea fowl & mushroom pie; and a fried fish sandwich…

… Pinilla’s bar menu is also available upstairs in The Mulwray, a cocktail lounge which very much feels like Chinatown’s clandestine secret. I visit on another evening, instantly smitten by the brass bar, the plush velvets and the soft pink stools which are evocative of my favourite bars in Paris. The far wall is particularly striking with backlit shelves showing off a rich collection of wines. 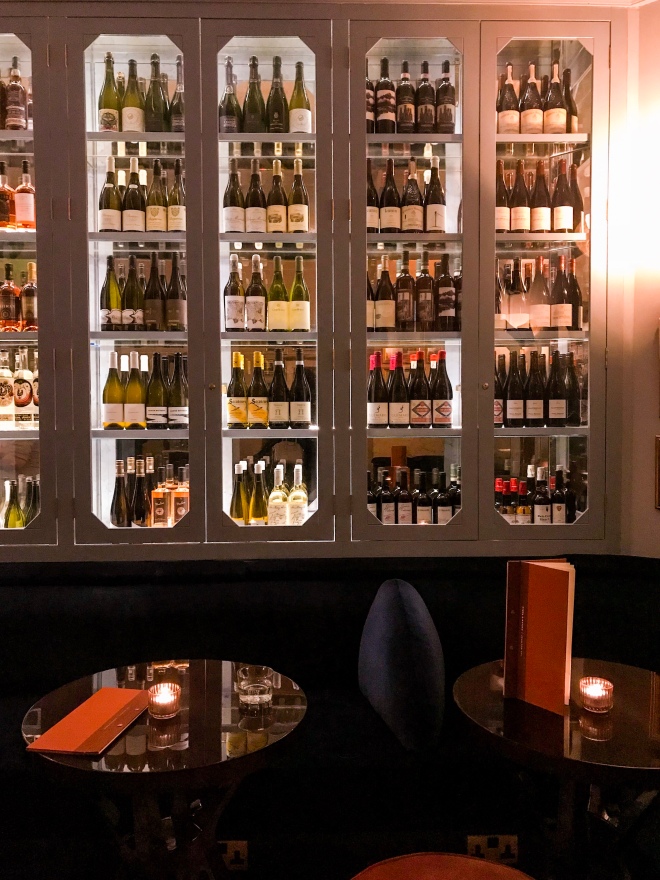 As for the cocktails, they are at once intriguing and punchy.

I throw down the gauntlet by requesting for an off-menu creation, possibly involving both gin and champagne. The challenge accepted, I find myself lingering over a bespoke creation involving Gin del Professore (produced in Rome) – its botanical sweetness complimented by hibiscus cordial, orange bitters and lemon juice, finished with a generous top-up of champagne for a balanced yet vivacious drink.

Another round sees the smokiness of Mezcal contrasted against the lightly-spiced noted of honey-ginger syrup, with a pinch of red pepper thrown in for added measure! 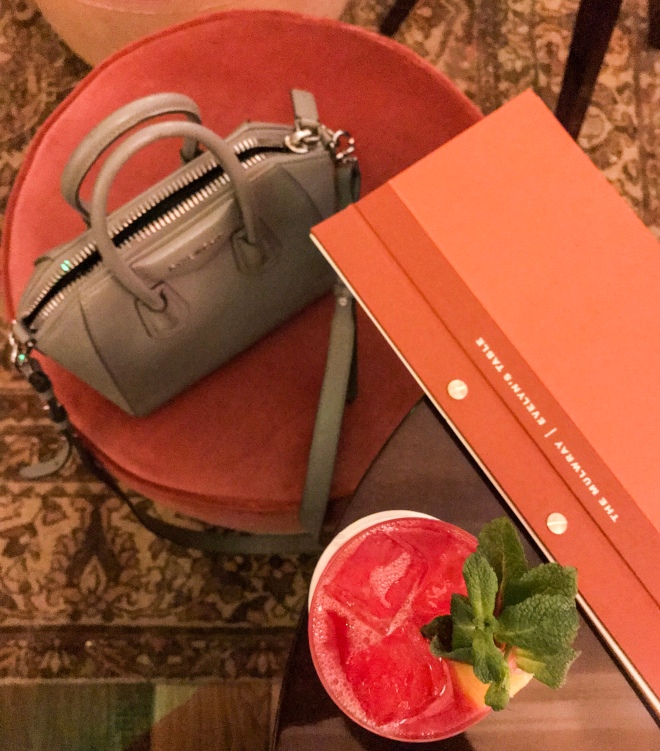 Even in its early days a private party is in full swing in the snug – the private area discreetly partitioned off from the main bar; while the seating around us is cosily occupied by couples, groups of friends, and solo drinkers alike. The easygoing conviviality of the venue ultimately proves as captivating as the highly-restorative food and drinks – the true hallmark of a pub or sought-after watering hole.

With just eleven seats arranged around a diminutive open kitchen in the basement, the chef’s table at The Blue Posts makes for an intimate – and rather high-octane – dining experience. The concise, ingredient-led menu here majors in modern plates loosely-inspired by Southern European influences. Think truffled tagliatelle, fresh catch of the day and a triumph of a Tarte Tatin… Read the full review, here.

More on London’s new and noteworthy restaurants from 2017, here. 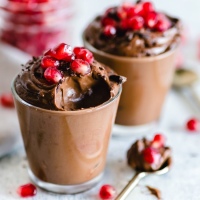 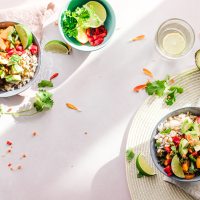 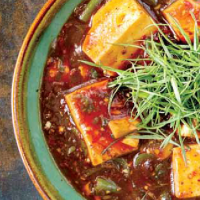 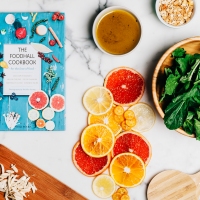 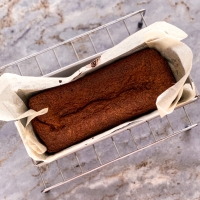 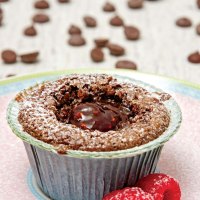